Mrkt360, the Changing Digital Landscape, and You The past week, and it’s developing situations, have demonstrated massive upheaval, discord, and even anxiety amongst millions of social platform users. Two of the internet’s largest and most widely used communication platforms, Twitter and WhatsApp, have been heavily criticized for recent events. In Twitter’s case regarding (what some consider) political censorship. While WhatsApp’s condemnation stems from an incoming privacy change which is leaving users fearful of their data being exposed. Additionally, these developments have caused an exodus of users to migrate to other online platforms, such as Signal, Parler, and Gab. Such relocations of user bases will force advertisers to determine who they want to advertise to. As users switch to and congregate on different platforms (largely based on their ideological views), advertisers must decide who their target audience is and how their presence on specific sites will reflect their brand.
One of the world’s largest social media platforms, Twitter, has received praise from some and backlash from others for banning the Twitter account of the U.S. President, Donald Trump. Twitter now has over 300 million active monthly users, but only time will tell how their handling of the tense political situation will affect their user-base. For advertisers, and those looking to reach and interact with audiences on the platform, the situation is doubly confusing. Businesses may be unsure of advertising on a platform that censors the speech of users based on political opinions. However, censoring the opinions of those who condone violence itself may also align with the values of many companies.
Mexican President Andres Manuel Lopez was quoted stating, “I don’t like anyone to be censored and for them to have their right taken away to send a message on Twitter or on Facebook”. (Leahman, 2021)
Ultimately, it is too early to decide whether users will flee the platform, causing advertisers to do so as well. However, being cognizant of these issues will give advertisers indications of where users are heading next or how such policies will affect their ad campaigns.
At the beginning of this week, controversy continued to swell, as Amazon, Apple, and Google delisted Parler from their web services. Parler, a site that describes itself as a “free speech” alternative to Twitter and other social networks has become an online hub for Trump, his supporters, and other conservative-minded individuals. Accusations that Parler is a haven for alt-right extremists remain speculative. However, tech behemoths Amazon, Google, and Apple have all deemed such speculation to be enough of a justification to delist the platform. As users switch from Twitter to other platforms, advertisers will be tasked with monitoring what kind of users frequent such platforms. The reality is that advertising on one site may damage a company’s brand reputation with a specific audience but boost it with others.
In addition, WhatsApp, a messenger service owned by Facebook, informed users of incoming data and privacy change to occur in February. The change, which users must agree to in order to continue using the service, allows for any and all data collected through the app to be shared with Facebook, their parent company. The change has prompted many to condemn the app, including several notable celebrities such as Elon Musk who tweeted “use Signal” shortly after the announcement. Signal being a competing messenger app that differentiates itself by prioritizing and preserving the data, and text or audio messages of its users. As a messenger service, WhatsApp’s use of advertisers has always been highly personalized. Businesses use WhatsApp to connect with audiences one-on-one or in small groups, offering more intimate interactions. However similar to Twitter’s situation, the coming weeks will inform advertisers whether users really will switch to competing apps to secure their privacy. 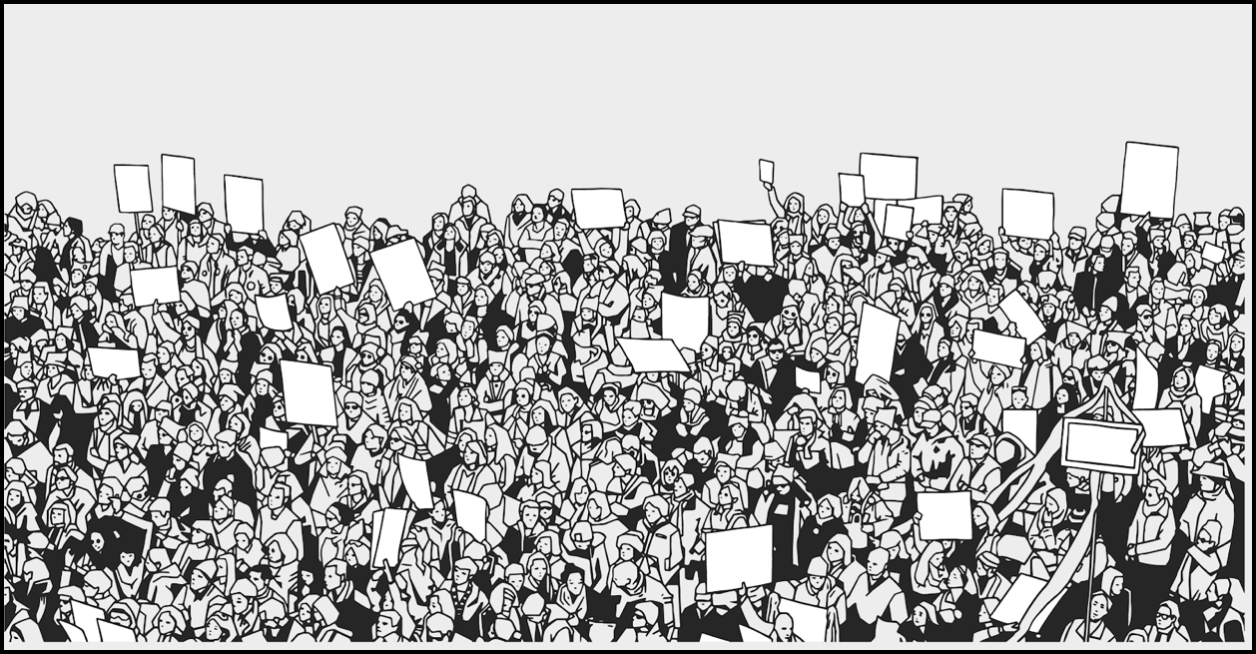 The debates concerning the recent conduct of both social media and tech giants are still up in the air and continues to be heavily politicized. We at Mrkt360 feel obligated to inform customers and observers about the current situations. At its core, advertising relies on utilizing freedom of speech in creative and compelling ways to connect with audiences. However, as private companies, we recognize that Twitter and WhatsApp possess the right to determine what is allowed on their site and how they utilize user’s data.
As social media and online platforms continue to permeate our lives, it is crucial for users and advertisers to recognize the intentions and values behind these sites. Users of Twitter are likely to denounce Parler and it’s users for harbouring alt-right opinions, while Parler users condemn Twitter for its censorship. Looking to the future, there is a potential for major communication hubs across the internet to become heavily fragmented. The era of a handful of popular sites (i.e. Facebook, Twitter, Instagram, etc) maintaining a monopoly over user relevancy may be ending. The discourse which occurs on these sites today may represent a bygone era of communication, as more users migrate to apps and platforms which align with their ideological beliefs.
For advertisers, and for Mrkt360, the concern should only arise when we feel our ability to create ads and connect with customers is being impeded. Whether or not advertisers would like to engage with customers ideologically, and assert their own political positions, is their own determination. The changes being observed may allow advertisers to better target and interact with relevant audiences but at the cost of greater visibility and the potential distortion of their brands. What is always relevant is being aware of contemporary situations and reacting accordingly.
If you would like to know more about Mrkt360 Inc. and their digital marketing solutions or how such events may influence your company’s ad campaigns, contact us at 1-888-215-0005 or email
admin@mrkt360.com.

Nico has a degree in Political Science from York University and a masters degree in Business Management from the Schulich School of Business. An avid runner and film fan, he's also interested in the ever-changing role technology plays in economics, business, and politics, but especially advertising.